New longarm...and a bit of Everclear!

The longarm was set up this week....It is 12 feet long...a 2007 used Freedom SR.  It came from MI in pieces and parts and was re-assembled Tuesday.  Here is a pic...I might call her Alli after my daughter.  Longarms are particularly tempermental, sometimes frustrating but so much fun when all is well.  Also, I'm using all of Alli's old room stuff to decorate up there so I can't help but think about her when I'm in there.  She would LOVE the machine....

Because she traveled so far, and she was a model used to train other longarmers, she needed a bit of a clean up.  It is recommended that I use rubbing alcohol on a rag to clean the rails.  Because I didn't have any, I opted to use some Everclear that I had hanging out in the liquor cabinet.  Ever since I decided to keep my liver intact, Everclear has been on the "no-no" list....LOL.  But Alli appreciated the cleanup....and damn that junk is amazing.  There were a few rough spots on the rails but my Dad sanded them with some fine sandpaper and they are smooth as a baby's bottom now. 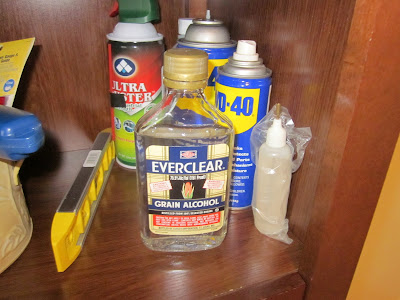 We messed around with the machine the night it got set up...here are some junky scribbles.  It has been a long while since I quilted anything so I'll load on a practice piece tomorrow and try to get a bit better.  I have plans to quilt a wall quilt later this week and I'd like it to not look like total garbage...Oh yeah, Ryan quilted on this a bit as well!!  ;-) 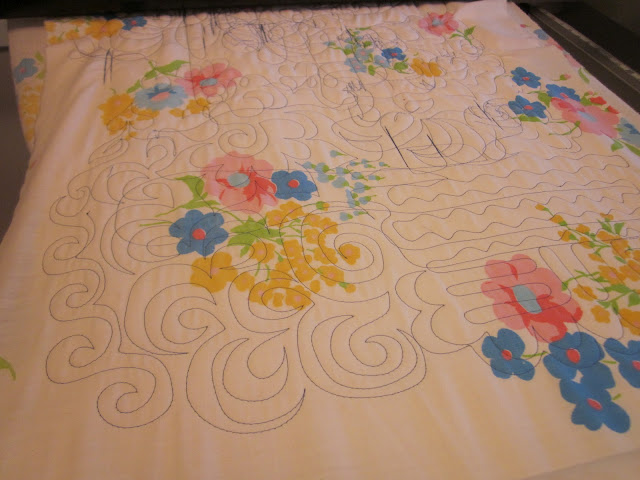 I'll post more pics this week since we are on Spring Break for the next nine days!!  How fantastic is that!!  Happy quilting.... Oh yeah, I might post up how I did the binary code zeros and ones if anyone is interested...as well as a link to the binary code converter I found online.  Seems like there are lots of other quilters with nerds in their family who would appreciate the geekiness of binary code!!  LOL

I killed two birds with one stone on this quilt....

First, the colors were selected by Ryan for his mancave and they came from the package of Quadratini cookies....black, gray, red, brown.  This meant I could use the quilt for the Product Challenge at LVMQG.  Next, I had been promising Ryan a quilt for the new mancave so he was happy I jumped on this before he was gone to college... 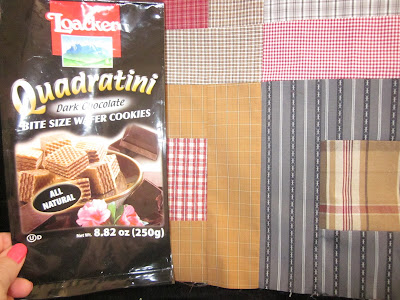 The coolest thing about the quilt is its hidden meaning.... Ryan learned about binary code this year in computers ( the zeros and ones that make up letters in computer code).  Anyhow, each row of the quilt is the binary code for a letter in his name.  Each letter is 8 zeros and ones....and he has 10 letters between his first and last name.  Ryan H----on.  If you look at the quilt, you will see all the binary code that spells out his full name.  Also, so that you know which side is up, there is red binding in the top left corner that signifies the top of the quilt.  How totally nerdy awesome is that??? 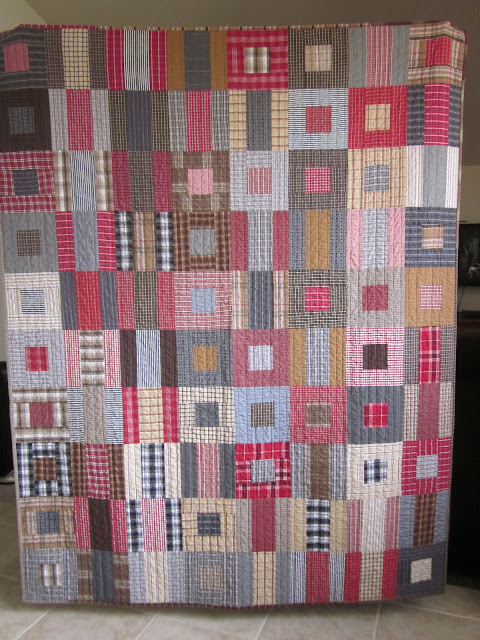 I quilted it with vertical lines 1" apart....with my Juki. 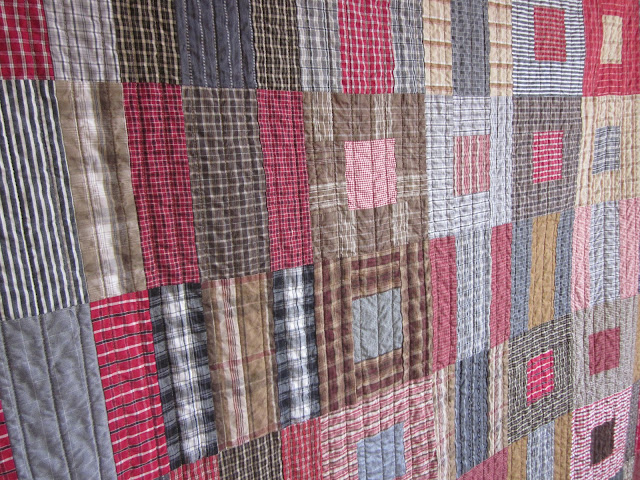 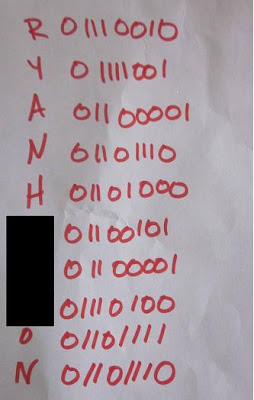 Anyhow, this is a super awesome man quilt.  Also, the whole thing is made from recycled men's plaid shirts for my plaid shirt hoard.... fantastic!!
11 comments:

The LVMQG will be unveiling (sp??) a new challenge this month....we are celebrating Pantone's color of the year Tangerine Tango.  ;-)  In anticipation of a fabric swap, I ordered a few yards of orange from Fabric.com.  Have you ever used the design wall....cool.... 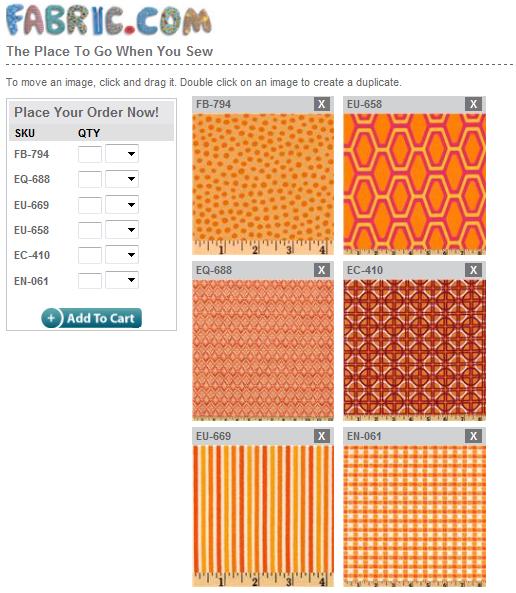 I'm not quite sure about the middle one on the right...but it said orange so I thought it might add variety.  Or it might just suck... Who knows???
I've got to get some sewing done tonight while we watch a fantastic Australian series...
McLeod's Daughters.  It is about two sisters who inherit a working farm in rural Australia and try to work it with only a crew of women and few local hot brothers, etc.
It was recommended by a colleague at work and we are about 20 episodes into the series that has about 200 something episodes....lots to watch now....Well, I just looked it up and it appears the more recent episodes (not from 10 years ago) look a little porn-y... hmmm....we might not make it through the whole thing!!!  LOL....
More tomorrow...
4 comments:

Kind of sketchy since it has been years since I quilted anything.... Beware, some ugly looking shiz awaits you... 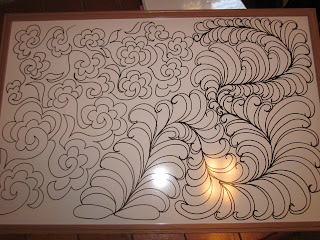 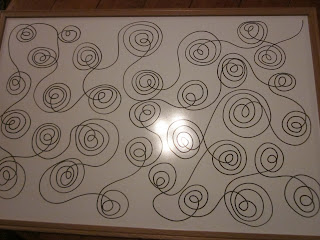 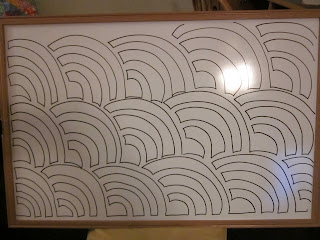 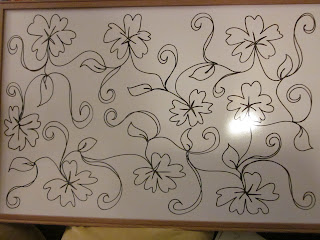 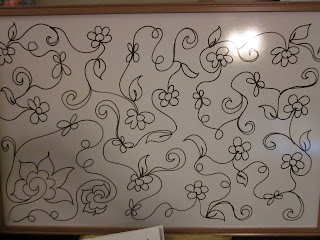 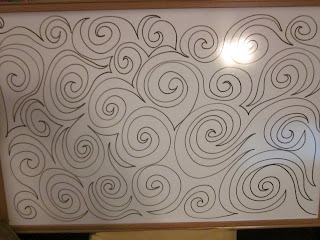 Anyhow, I got the longarm frame delivered yesterday so it is sitting in the room until Dave can come to LV and set it up next week.  ;-)
I'm working on a project for the LVMQG right now and have lots to do this weekend!!
;-)
4 comments:

Thank God we are in a big house now!!  I got another room upstairs for my longarm.  It was adjacent to Ryan's room and all he did was store Legos in the closet and practice the baritone in there.  We painted it a nice color called "Dinner Mint" yesterday and hung some curtains and a quilt that I had in Allison's old room.  The machine is on a 12 foot frame so it should fit in the room nicely--I have 14 ft. to work with horizontally. 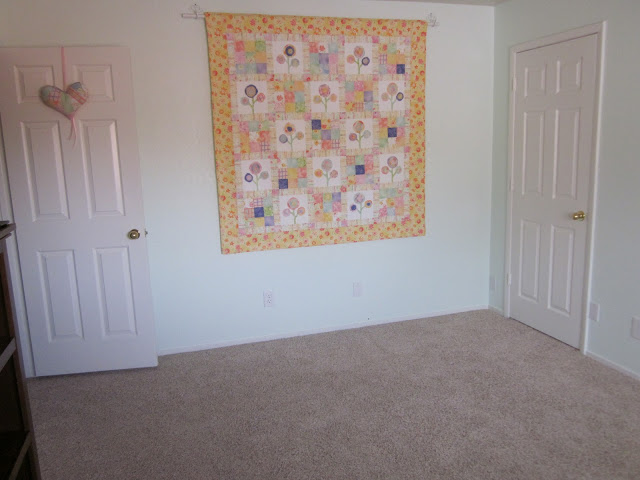 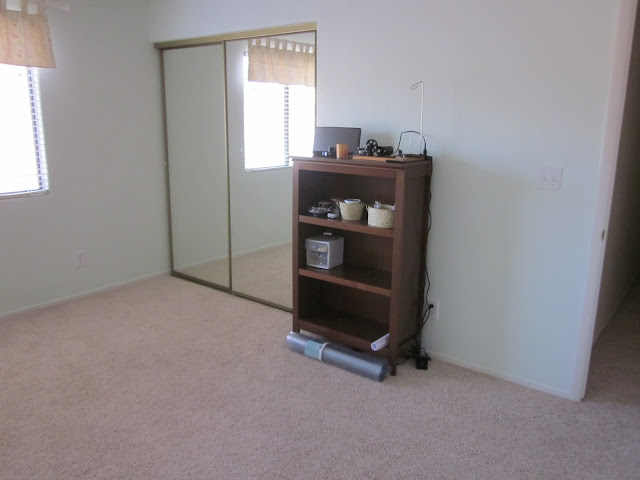 Picture the APQS Freedom right here.... ;-)  It has a light system so I might have to get rid of the ceiling fan.  It is a funkly midnight blue color that would have to be switched out anyhow... 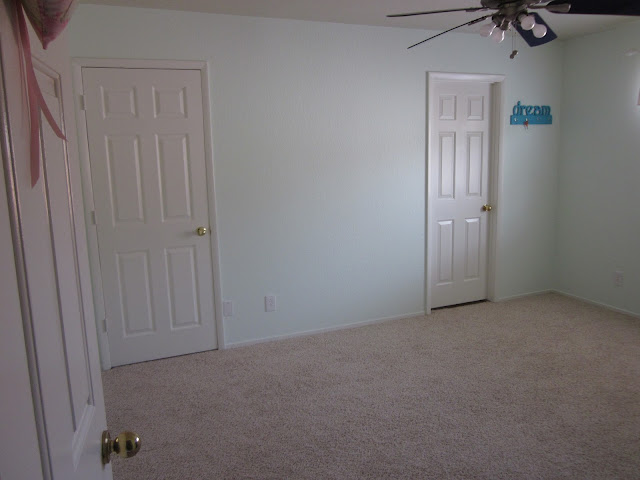 Here is a pic of the machine from the ad....It is being shipped from MI and will start arriving in pieces this week!!  Dave Jones, the owner, is flying out for the drag races at the end of the month and he will set it all up for me!  He is an APQS service guy and his wife in a longarm instructor.  This machine was one they used for teaching classes and demos, I think.... 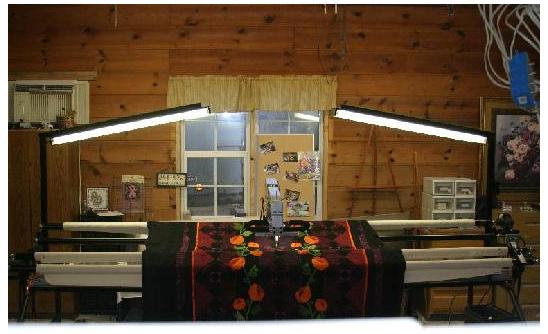 Check out the fancy lights!  Awesome.... I'm very excited because my first longarm was a Millennium and I loved it--had to sell it due to divorce.  So now I'm back where I started, I guess.  ;-)  In addition to piecing pics, I'll be able to post quilting pics as well.  It has been several years since I quilted on a longarm but hopefully it won't take me long to get some skills back!!

These are the blocks that came back from our MQG Block Swap....I LOVE them all!! 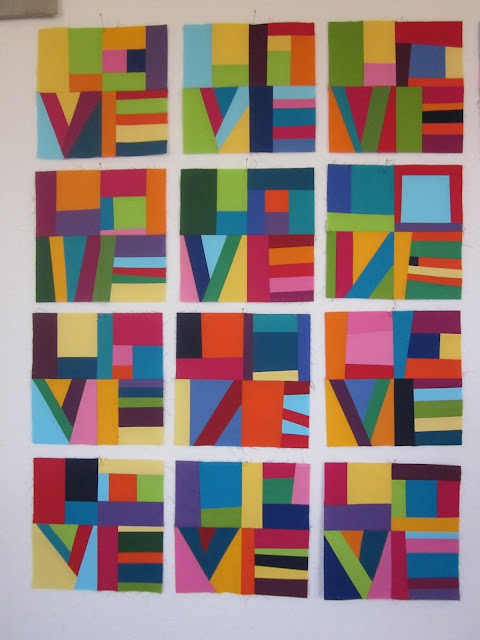 I'm not quite sure where I'm going with them, but at least they hit the design wall.  So many ideas, so little time.
On a side note, I'm buying a longarm quilting machine (again).  It will be delivered/set up at the end of the month.  We are painting another room in the house to become a longarming room.  I'll post some pics once it is done...My newest passion is looking for "modern" quilting online.
Also, I have made about 25 granny square blocks.  I'll take a picture in the daylight this weekend!!
;-)
4 comments:

I got the Granny Square bug....

I saw the Granny Squares popping up on a few blogs so I joined the I {heart} Granny! squares Flickr group for some inspiration... Awesome!!  I've been making a few from my Happy Mochi Yum Yum stash of fabric... 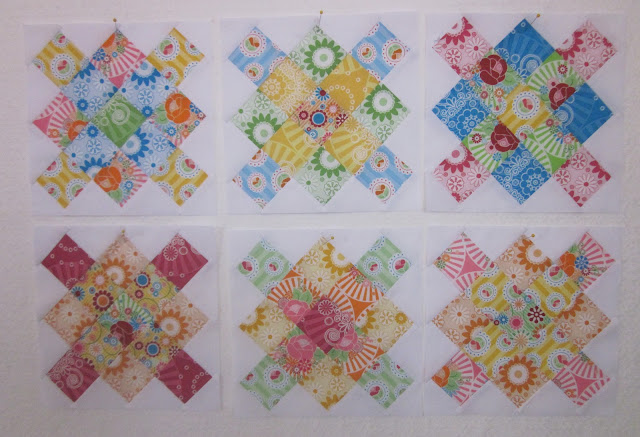 The directions are available here....these are made from 2.5" squares and the block trimmed
up to the 9 1/8" indicated in the directions.  I like it....
Turns out I only need about 132 of these blocks to make a king-sized quilt for my bed.
I guess that I had better get sewing!!
6 comments: 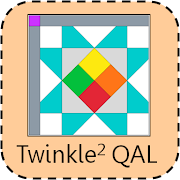 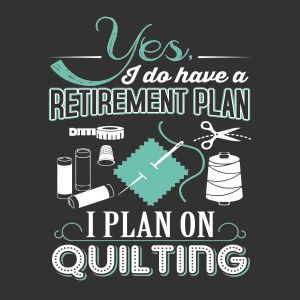